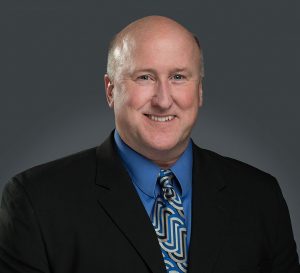 Former President Bruce L. Shrake will continue to serve as CEO, giving one of Gewalt Hamilton’s long-standing employees the opportunity to assume the pivotal role of president. Michael Shrake will focus on leading the company in continued service of clients, improving internal operations, employee career development, and long term growth of the firm. The former president of nine years stated he is confident in the transition. “Mike has been a proven leader within our company and within the profession. He will continue the positive direction and creative strategy of the organization in the future,” Bruce Shrake said.

Michael Shrake started as the first intern of Gewalt Hamilton Associates in the summer of 1985 and became a full-time employee in January 1986 after completing his Master of Science in Civil and Environmental Engineering from the University of Rhode Island. During his career, he has served as a designer, surveyor, resident engineer, project manager, and village engineer for numerous municipalities.

Most recently, he has served as the company’s vice president where he worked closely with Bruce Shrake, and as the director of the construction & survey division where he proved his leadership abilities for the largest division within the company. With his experience and education, Michael is seamlessly transitioning into the new role. “I am humbled to be selected for this position,” he said. “I look forward to leading a great team of professionals in its pursuit of serving our clients engineering needs with integrity, dedication and passion”

Find what you need